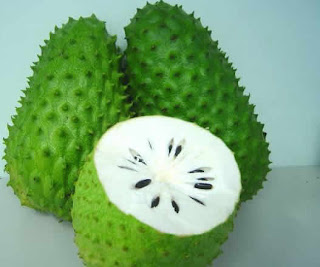 Disclaimer: I used to work as a contractor with the US Veterans Department in one of their pharmacies so I may be a part of the grand scheme to block you (a free individual) from learning about a tree (that can be found world over) or from using the scientific method to discover its uses.
Posted by Jacob Bogle at 5:24 PM 65 comments:

The hoax that Barack and Michelle Obama had their law license revoked has been around for several years. It usually entails a claim that it was revoked due to disciplinary proceedings and gives a link to some obscure blog as proof, and for good measure a link to the front page of the Illinois Attorney Registration And Disciplinary Committee.

This has been making the rounds again all over Facebook, Twitter and E-mail.
The truth of the matter is this:

Neither Obama's have an active license, they were voluntarily retired. Despite the claim that Michelle was forced to surrender her license due to "insurance fraud", neither Michelle nor Barack were ever suspected of any wrongdoing and have not undergone any disciplinary action.

Obama placed his license on "inactive" status when he decided to run for president and after he won he had it retired. According the ARDC, it is a fairly common practice to retire your licence if you no longer intend to practice law. A 2011 ARDC report shows that 12% of the states registered attorneys were placed on "inactive" status.

So please, stop spreading this lie. Even if you don't like Obama it is still no reason to propagate such a blatant falsehood.

Who am I and What is This About?

My name is Jacob Bogle. I live near Nashville, Tennessee, I'm gay and a libertarian. I am also somewhat educated (pharmacology, architecture and theology) and committed to the truth, even if I don't like it or if it upsets your world view. I have been studying, to varying degrees, astronomy, physics, medicine, government, world military capabilities, history and philosophy for much of my life.

I am not a singular authority on anything (very few people actually are) and I recognize I do not know everything. However, I do know a lot and I have confidence in my abilities to research and find the reality to just about anything if pushed to do so.

I have Asperger's Syndrome and like many of my kind I say what I mean and mean what I say. I rarely say things to insult or otherwise injure someone and I place a high value on facts, logic and reason.

I enjoy dialectics more than debate and I firmly believe that when a disagreement arises there is a fundamental truth that can be found even if that means those involved have to accept new facts and alter their opinions.

I spend a lot of time online and I come across any number of Internet memes, rumors, hoaxes and otherwise questionable materials. I feel strongly that spreading something which is flawed only serves to further the ignorance of others and causes many problems...as well as hurts your own reputation and credibility.

So, I have created this blog to tackle some of the more outrageous things I find. I will provide sources to back up my conclusions and hope that the efforts I put in to this will ever so slightly make a dint in the never ending flow of hogwash found and disseminated online.
Posted by Jacob Bogle at 10:56 PM 3 comments: