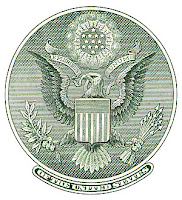 Is the United States of America a Corporation?

One of the more understandable misunderstandings on the Internet is the notion that the United States' federal government (and by extension the country as a whole) is in reality a corporation with its own set of rules, CEO's etc. This theory is held by many and is parroted across hundreds of websites and online forums, some with seemingly strong arguments. To complicate matters they point to a series of  laws which, on the surface, may appear to validate their claims. I hope to be able to explain where the misunderstandings come from and to clear up the whole issue.

These are the two laws which are the most quoted:

An example of the most common claims and arguments can be found here. Aside from claiming the US government is a for-profit corporation, it naturally asserts that we are and have been under the control of the evil Rothschild international bankers and that since some people think our "current" government is unlawful, that their minority opinion holds with the full force of law and is actionable i.e they do not have to follow any laws set forth after 1871 (a fantasy of the highest order).

English is a tricky language and words take on new popular meanings and tones, especially words that have a modern negative connotation, like "corporation." A person with only a cursory understanding of the law or only focusing on the "definitions" section could easily come to the wrong conclusion. This section has been used to great effect and unfortunately most people never step outside of themselves and their distrust of all things government to actually research the issue themselves. A meme showing evil bankers with "the United States is a corporation" will be passed along the Internet simply because people do not trust government and the meme reinforces pre-held biases; it reinforces a negative image and people are all too eager to indulge themselves.

Article 1, Section 8 of the Constitution gives Congress (with the approval of the affected States) the power to create a district in which to hold the seat of government. This district, 10 miles squared (not 10 square miles, but 10 miles on each side), was formally placed under the direct control of the Congress.

Next, comes the Act of 1871. This act repealed the individual charters of Georgetown and Alexandria, brought them in with Washington County (since the County of Alexandria now belonged to Virginia), and brought the whole area under one single government, the District of Columbia. Nowhere in the law's text does it say anything about the government of the United States being a corporation. Additionally, Congress repealed the Act in 1874 and replaced the system of direct Congressional governance for the local government of the District in favor of a more direct rule system. The District of Columbia would then be ruled by a three-member Board of Commissioners until 1967 when it was replaced with a mayor and city council who would be appointed by the President. This was changed once again by the 1973 Home Rule Act.

What is a corporation?

The word "corporation" has several meanings, however it is generally understood as a legal entity that has been incorporated (in one way or another) by a legislative act. A fair amount of confusion arises because the modern American understanding of the term is somewhat different than the original English definitions. In the US, the term tends to mean a business, but the term really means that it is now an entity which can be sued, do business (activity), etc. without respect to the individuals who made it or control it. Basically, an incorporated entity can act and be brought to court.

The notion that the term "corporation" is solely an entity with its own separate laws and whose only purpose is to make money is an utter misconception. Cities, states, colonies, nations, and yes, businesses have been incorporating themselves for centuries.

In the American system of government, States hold the power to grant or refuse the incorporation (or home rule) of a city, county or other body. However, since the federal district was explicitly authorized by the Constitution and Congress was given direct control over the district, it took an Act (or Acts) of Congress to set it up.

Under federal law, for an entity to become a federal corporation there must be an Act of Congress creating that corporation. And as we have seen, Congress has created multiple federal corporations. There are no acts incorporating the United States, only the District of Columbia; which is not the same thing as the government of the United States, no more so than the City of Nashville is the government of the State of Tennessee.

In the Supreme Court case, United States v. Cooper Corporation (1941), the Court said: "We may say in passing that the argument that the United States may be treated as a corporation organized under its own laws, that is, under the Constitution as the fundamental law, seems so strained as not to merit serious consideration."

This view is additionally supported by the doctrine of "sovereign immunity," which states that the government of the United States, or of the individual States, or of certain tribal entities, may not be sued unless the government first allows it. A business/company/corporation can be sued.

District of Columbia Organic Act of 1801 - text of the Act

District of Columbia Organic Act of 1871 - text of the Act