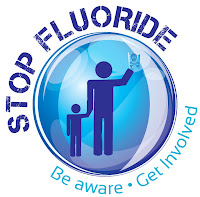 I usually use this blog to debunk myths, clear up misunderstandings, and generally oppose a certain idea or view. This post is going to be different. Instead of opposing the theory that water fluoridation is bad for you I intend to show, with clear evidence, that it is indeed harmful. I'm not going to use conspiracy sites or "anti-fluoride" sources. I am however, going to use well established science and research reports from very credible sources. I'm writing this to give those interested in the topic easily accessible information and a clear understanding of the issue without all of the baggage that usually accompanies many groups who discuss this topic.

The purpose of adding fluoride to water supplies is to reduce tooth decay. In 1945 the city of Grand Rapids became the first US city to add fluoride to the water supply to prevent tooth decay and by 1951 water fluoridation became an official policy of the US Public Health Service. As of 2006 over 61% of the national population is in reach of fluoridated water via public water supplies. In 1994 the World Health Organization recommended that fluoride levels be between 0.5-1 mg/liter of water.[1]

The three main forms of fluoride added to water are: sodium fluoride, fluorosilicic acid (also known as hexafluorosilicic), and sodium fluorosilicate. These chemicals are released into public drinking water at a steady rate and, for the average person, fluoride levels can be somewhat controlled. However, if a person drinks more or less water from public water supplies than assumed by the government it is impossible to determine the efficacy of the program. Some will drink less and receive little to no benefit and others will drink more, raising the risk of health problems.

Fluoride primarily works topically, that is to say it works when it is contact with a person's teeth. Fluoride interacts with the tooth enamel to help harden it and slow down the demineralization process which causes cavities. Fluoride itself does not prevent cavities from forming but rather slows down their rate of growth.[2] Additionally, once swallowed fluoride has almost no effect on a person's teeth.[3]

The most well-known negative health effect of water fluoridation is called dental fluorosis which is caused by an excessive amount of fluoride exposure during tooth development. In most people the condition is mild and only causes minor cosmetic problems. In severe cases, the damage can be very noticeable and require extensive dental work. Around 40% of all dental fluorosis cases can be traced back to water fluoridation. The CDC even reports an increase in cases as the fluoridation program expands.

Simply put, skeletal fluorosis is a bone disease caused by fluoride accumulating in the bones (and teeth) of a person. Skeletal fluorosis develops more slowly than dental fluorosis and can lead to severe join damage and bone pain. According to the World Health Organization:

"Ingestion of excess fluoride, most commonly in drinking-water, can cause fluorosis which affects the teeth and bones... It is believed that fluorosis affects millions of people around the world."

While the percentage of people affected is low relative to the number of people ingesting fluoridated water, it is nonetheless a very real risk. There are also no effective treatments known and even simple bone fractures will take much longer to heal in those affected.[4]

Water fluoridation affects children far more than adults. This fact (among others) has been generally ignored by governments and many medical establishments for decades. One of the more disturbing health problems associated with water fluoridation is that of developmental delays. Recently, Harvard University in conjunction with China Medical University conducted a meta-analysis of 27 studies relating to fluoride and child brain development. According to their study they "found strong indications that fluoride may adversely affect cognitive development in children." The report also stated that "researchers conducted a systematic review of studies, almost all of which are from China where risks from fluoride are well-established" and "virtually no human studies in this field have been conducted in the U.S." which begs the question, Why?

Here is the study itself and the report on the study can be found here.

Like all chemicals, fluoride is potentially toxic when ingested in large amounts. Fluoride naturally exists in large quantities (greater than recommended levels) within the ground water of certain regions all over the world. Areas include the American southwest, large parts of China, Libya, Ethiopia, and India where 60 million people are estimated to have had some level of fluoride poisoning.[5] Fluoride poisoning can occur from ingesting contaminated water (naturally or otherwise) or by ingesting fluoride containing products like toothpaste and mouthwash. Children are far more likely to suffer acute poisoning and in the US 80% of toxicity cases over a 5 year period were children under the age of 6.[6] Common symptoms include nausea, stomach cramps and diarrhea while chronic (long term) poisoning will lead to skeletal fluorosis and other similar illnesses. Severe poisoning, either acute or chronic, can lead to death.

In 2006 the US National Research Council conducted a review of water fluoridation and recommended, in part because of naturally occurring fluoride levels, that the CDC and EPA lower its maximum contaminant level goal (the maximum recommended amount in public water supplies which is 4mg/liter this is 4 times the level suggested by the WHO).[7a/b] To-date, the EPA has not lowered their recommended maximum levels. However, in 2011 the US Human and Health Services Dept ad CDC did lower its recommended level to 0.7mg/liter which was the lowest level in their original safety range of 0.7-1.2mg/L.[8][13]

The universally recognized gold-standard to cavity prevention is regularly brushing your teeth with a fluoridated toothpaste. In fact the single common factor among nations in the decline in tooth decay is the usage of fluoridated toothpaste, and questions have been raised as to the needfulness of continuing mass water fluoridation in light of modern oral hygiene practices.[9] Water fluoridation has also been aimed at poorer communities and countries where dental problems occur at a higher rate than the rest of the world. One problem with this is that these third-world countries lack the proper infrastructure and technical know-how to implement wide-spread water fluoridation and according to a study published by the journal Clinical Oral Investigations toothpaste remains the only viable option (and it is the best option for oral heath in general). A person's health is a matter of personal responsibility and effective toothpaste can be purchased for as little as $1. Water fluoridation removes individual choices out of the equation and forces potentially serious side effects on entire populations.

Then there are the financial costs. Water fluoridation costs around $0.99 per person per year on average (although in some places it's as low as $0.15 or as high as $15.50).[10] And while the cost of water fluoridation when weighed against the costs of dental bills is very low we have seen that fluoridation gives no benefit to the person once they swallow the water yet gives them all the associated risks. Brushing ones teeth is more effective than solely relying on water fluoridation; furthermore, when proper brushing is combined with water fluoridation there is almost no added benefit. There are also other alternatives (although more expensive) which have a greater ability to prevent tooth decay such as dental sealants. Sealants can prevent 33-86% of cavities and last for 5-10 years, compared to 40% for water fluoridation which you must ingest day-after-day.[11]

On top of the human ethics and costs there are also environmental considerations. Water fluoridation causes massive amounts of fluoride to be dumped into the environment which can lead to great harm. The Sierra Club has been vocal about their opposition to mandatory water fluoridation.[12]

Thankfully there are solutions.

The most immediate solution is simply buying a quality water filter for your home. This will remove the fluoride from your water but they do cost money. It will also require you to actually brush your teeth properly! (which you should be doing anyways)

In the US, water fluoridation is not mandated on a federal level. The federal government regulates the maximum amount allowable, but cities and states can determine how much they wish to put into their water supplies -up to the maximum- or decide not use fluoridation at all. There is a growing movement to have cities opt-out of state mandates for water fluoridation and the reason(s) each community has to refuse the program varies.

In the end it is about principle. The principle to allow each individual to decide whether or not to ingest a certain substance; the freedom of choice. The freedom to not pour millions of gallons worth of fluoridated water into the environment, the freedom to not risk the health and mental capacity of their children or themselves. The freedom of taking responsibility for their own health and well-being, to make an educated choice and take the benefits (or harm) that may come with it.

Germany, Sweden, Japan, the Netherlands, Finland, India, South Korea, Vietnam, Austria, Belgium, the Czech Republic, Croatia, Denmark, Greece, Norway, and Scotland have all either had fluoridation programs and ended them or have rejected fluoridation all together.

In the US, New Hampshire now has a law (HB-1416) which requires water departments to warn customers of the risks posed to infants. There have also been large numbers of US cities which have rejected fluoridation including: Tyrone, PA, Wichita, KS, Crescent City, CA, Albuquerque, NM, College Station, TX and many others.

I'd like to ask you to please think on all of the information I've provided you and to consider joining the campaign against water fluoridation.

And a shout out to a local group: Tennesseans Against Water Fluoridation (Facebook page)

Author's note: I will occasionally update this article by adding diseases whenever I can find substantial evidence for other fluoride related illnesses from credible sources and any additional new information.
Posted by Jacob Bogle at 4:30 PM